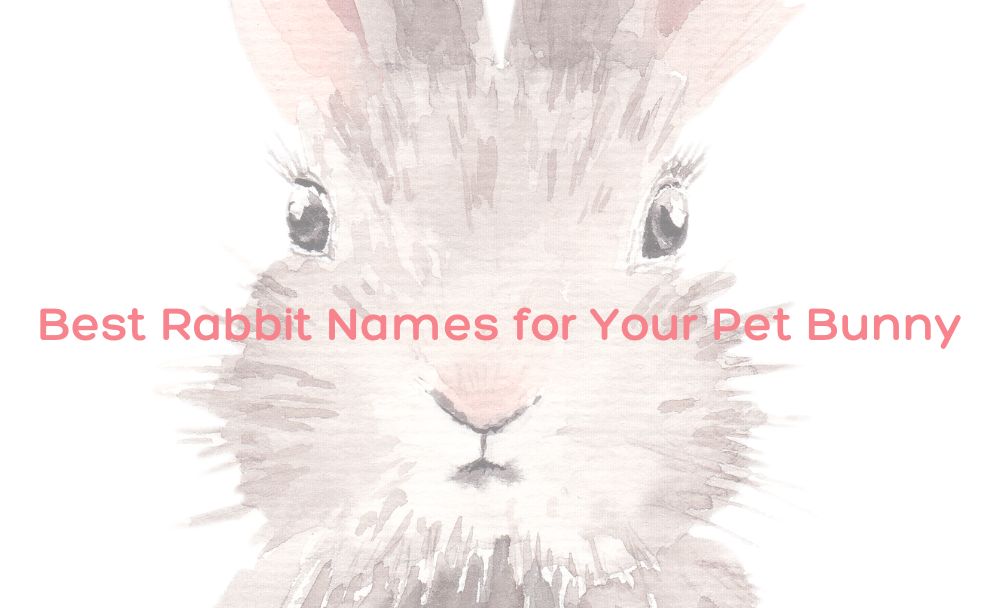 So, you bought a new bunny and are looking for a perfect name. Congrats! You are in the right place.

Naming your bunny is one of the best and easy ways to bond with them. Whether it may be a cute, funny, popular, pop-culture reference name, or just something that vibes with your bunny’s appearance and breed, we’ve got you covered.

Here is our personally compiled list of best rabbit names for 2022:

You can never go wrong with a popular name as it certainly suits a bunny. Below is a list of the most popular female bunny names.

Funny always makes sure to put a smile on your face, whenever you call your bunny. Here are some of them for you to check.

Female Rabbit Names Based on TV and Book Characters

Tv and books play a big part in our life. Whether you grew up watching bugs bunny on TV, or reading Beatrix Potter, many people name their pets after their favorite TV or book characters. Below are some examples:

Who doesn’t love to name a bunny with a cute name? Sometimes, they may not have deep meaning, but still, they don’t fail to suit a typical bunny name.

Mythology and foreign language names are the best way to go when you want a unique name. They are not only quirky but also have deep meaning in them.

If you are a great fan of Pop culture, then below are some of my favorite Pop culture Female rabbit names for your bunny:

Popular names are easy to pronounce and remember. Here are some of the most popular male bunny names for you.

You can create a funny bunny name based on their appearance or other characteristics. Here are some examples.

Male Rabbit Names Based on TV and Book Characters

Below are some of my favorite bunny characters from various TV shows and Books.

Rabbits are one of the cutest pets in the world. Naming rabbits with a cute name can be seen as a way to represent the sweetness of a rabbit in a word.

If you want something that is out of the box, here are some unique male rabbit name examples for you.

A rabbit never bothers about the gender of its name. So, feel free to name your unisex name if you like. Below are some of the gender Neutral rabbit names you can check.

Best Rabbit Names Based on Breed

Each breed has its unique characteristics based on which you can give a specific name to each of them respectively. The below list covers most of the popular breeds and their respective names.

How to Get Your Bunny to Learn its Name

Teaching your Rabbit its name is not a big deal. The way rabbits respond to words is similar to the way it responds to a treat jar. So with repetition and positive reinforcement, you can easily condition your bunny to learn its name. Below is a step-by-step process for you to teach your bunny its name.

Always try to use a similar and gentle tone whenever you call your bunny. Don’t yell at them as it can scare them. Give some time to your bunny, to get used to its name and to respond to it.

Affiliate Disclaimer: As an Amazon Associate, I earn from qualifying purchases.